Canberra has a new light rail extension. Why is Tuggeranong not a part of it?

Canberra is not only Australia’s capital and largest inland city, it is also one of the few planned cities in Australia with lush green avenues. However, new development in the last decade has seen the city shed plenty of trees in the northern territory. One of the main aspects of development is the Light Rail in ACT.

Announcement of Stage 2 of the light rail extension that connects Acton to Woden has made citizens and environmentalists nervous about further destruction of trees, especially near Parliamentary Triangle. Kings Avenue was the first choice for the metro to traverse through, with another option of taking it across Lake Burley Griffin.

The Parliamentary Triangle and Capital Circle are a favorite tourist spot, and any development in this region must keep in mind demands of the commonwealth along with balancing the need for faster commuting option.

Taking the metro across the lake was shot down, as it was tricky, expensive and benefits were little in comparison to the cost. The route would have also taken seven minutes more, which is reason enough for a commuter to get into his car and drive.

The community has displayed overwhelming feedback for the metro to travel through Parkes and Barton. The Barton route, however, has resistance from The Planning Institute of Australia, even though they acknowledge that it serves maximum access to employment and residential opportunities. They also agree that it will lead to redevelopment opportunities as well as business for real estate agents in Canberra, but oppose the line because it leaves the master plan looking incomplete. The rail will also create a bottleneck on Commonwealth Bridge. They have thus suggested a direct route which is shorter by 1.32 kilometers on the east of Capital Circle, with stops for Parliament House and Barton. With multiple bus routes cancelled, and plans to shut car lanes on Northbourne Avenue, Canberrans will be forced to take the train, making the light rail one of the most talked about projects.

In the midst of these plans, one wonders why there are no plans for Tuggeranong development. Tuggeranong has tourist points of interest like National Zoo and Aquarium and Lake Tuggeranong. The fastest route to get to Tuggeranong via public transport takes seventy minutes, which can improve with a dedicated light rail route. This will also result in more earnings for Canberra’s real estate agents with development in Tuggeranong taking off. 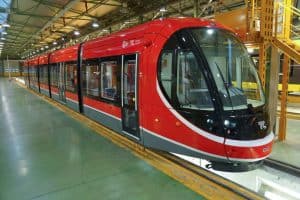